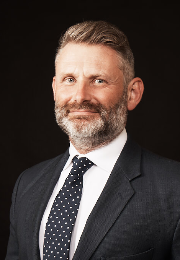 Scott is a barrister in Sydney Australia. He practises primarily in the areas of Australia domestic and cross-border insolvency, banking and commercial litigation. He was called to the bar in 2005 and became a fellow of INSOL International in 2015. He has been recognised in Doyle's Guide as one of Australia's leading junior counsel in the field of insolvency and reconstruction.

Scott regularly advises and acts in simple and complex insolvency, corporate and commercial matters. He has assisted clients in inquires before the NSW ICAC and Ombudsman.  Amongst other major matters he has acted for the liquidators of the Octaviar Group in Australia and the Saad, Centaur Groups in the Cayman Islands.

Prior to coming to the Bar, Scott was a medical practitioner before working as a at Allens Arthur Robinson now Allens Linklaters.