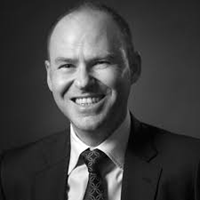 Scott is the Australian chair of Norton Rose Fulbright and head of its risk advisory practice, based in Sydney. Scott has unique, globally-recognised dual-track insolvency and risk experience.

Scott insolvency and restructuring practice straddles the Asia-Pacific region and is recognised as Australia's only Eminent Practitioner for Restructuring by Chambers and Partners.

Scott is recognised by his peers for his leading experience in cross-border insolvency, acting on both inbound engagements in Australia and advising Australian clients on outbound engagements in jurisdictions including the United States, the United Kingdom, the Cayman Islands, Hong Kong, New Zealand, Indonesia, Singapore, Nauru and The Netherlands.  Recently, Scott led a team over a three year period, working with the Asian Development Bank and the Union Supreme Court of Myanmar, to draft a new insolvency and restructuring framework for Myanmar, culminating in the passage of Myanmar's Insolvency Law in February 2020.  This work was transformative, representing a critical pillar in Myanmar's law modernisation process and its broader economic development in the face of ongoing political instability. The tailored insolvency measures for SMEs developed as part of this work are also currently helping to shape the law reform and post-COVID 19 economic recovery process for developing and developed nations alike across the world, including in Australia as part of the SME rescue and simplified liquidation processes that took effect on 1 January 2021.

Scott is a widely published author on insolvency and cross-border insolvency and regularly presents at industry events across the globe.  He is also a visiting lecturer on cross-border insolvency at the University of Sydney in its undergraduate and postgraduate law programs. Scott's approach sees him identify and shape, rather than respond to, legal and regulatory trends both domestically and internationally, and he is sought after for regular industry speaking engagements and publications.