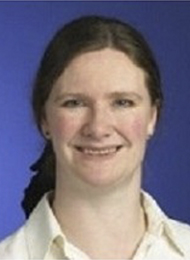 Samantha is a Fellow of the Institute of Chartered Accountants in England and Wales and was a Licensed Insolvency Practitioner (England and Wales). She was a Director in the London office of the Restructuring practice of KPMG LLP (UK) and spent a year working on complex restructuring in Russia. Her area of practice was primarily complex cross-border restructuring and insolvency. She worked on the public cases of Barings plc, Marconi plc, TXU (Europe), Mainsail II (a SIV) and was Joint Supervisor of the CVA of Schefenacker plc. She has also worked on many similar cases which are not in the public domain. She regularly wrote on matters related to restructuring including contributing to Expedited Debt Restructuring (Olivares-Caminal), International Corporate Rescue (of which she was a member of the Editorial Board) and Recovery. She was a member and Chairman of the Institute of Chartered Accountants' Insolvency Committee and contributed to their pensions committee, and was a member of two Working Groups of the Financial Markets Law Committee and the EU's Group of Experts on restructuring and insolvency.

Samantha has now retired to pursue a career writing crime fiction under the pen name SR Garrae, but remains involved with Insol International as Chair of Working Group 10 and part of the Core Committee for GPIC.